Maturu was found by a graduate student named Nina Maturu and I had the opportunity to join her along with few others in the Social entrepreneurship practicum class. While she had done much works in prior to entering the class, we were able to do market researches around Detroit / Ann Arbor areas and even planned on hosting an event in a local restaurant to raise awareness of Maturu’s good intentions. The idea was to create highly fashionable clothes from the used (second handed) fabrics and recyclable materials, which would support environments and provide job opportunities by teaching unemployed people to create clothes. From the past, it had already been publicized through fashion shows in places like Washington D.C and received some positive feedbacks. Our goal was to try to establish a groundwork in Detroit area and we’ve done a lot of surveys and looked into many options of having supplies in the area. I was able to implement an online store.

As a guy who is not too knowledgeable of women’s clothes, it was difficult but I was able to learn how challenging it was to launch an actual idea into the real market. I took charge of creating the online store using Magento and experienced E-commerce for the first time. With the site, we were able to sell the rest of items that we had in stock.

Example of an item page 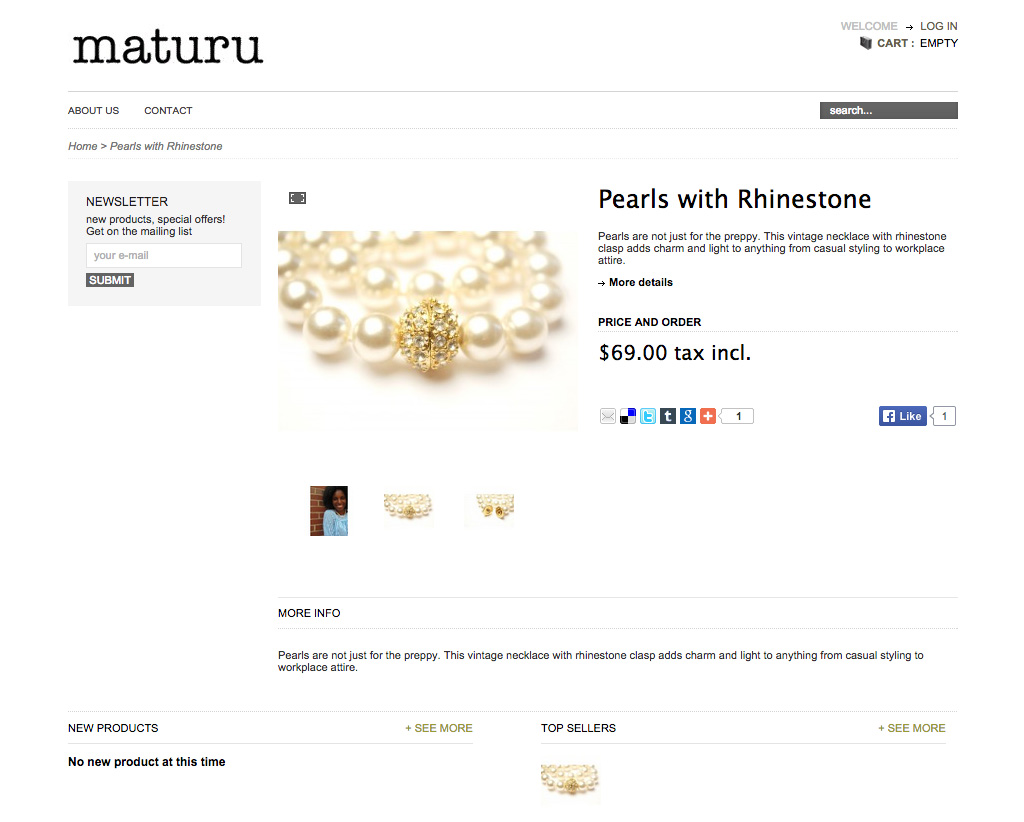